Click on any image to zoom in new tab. 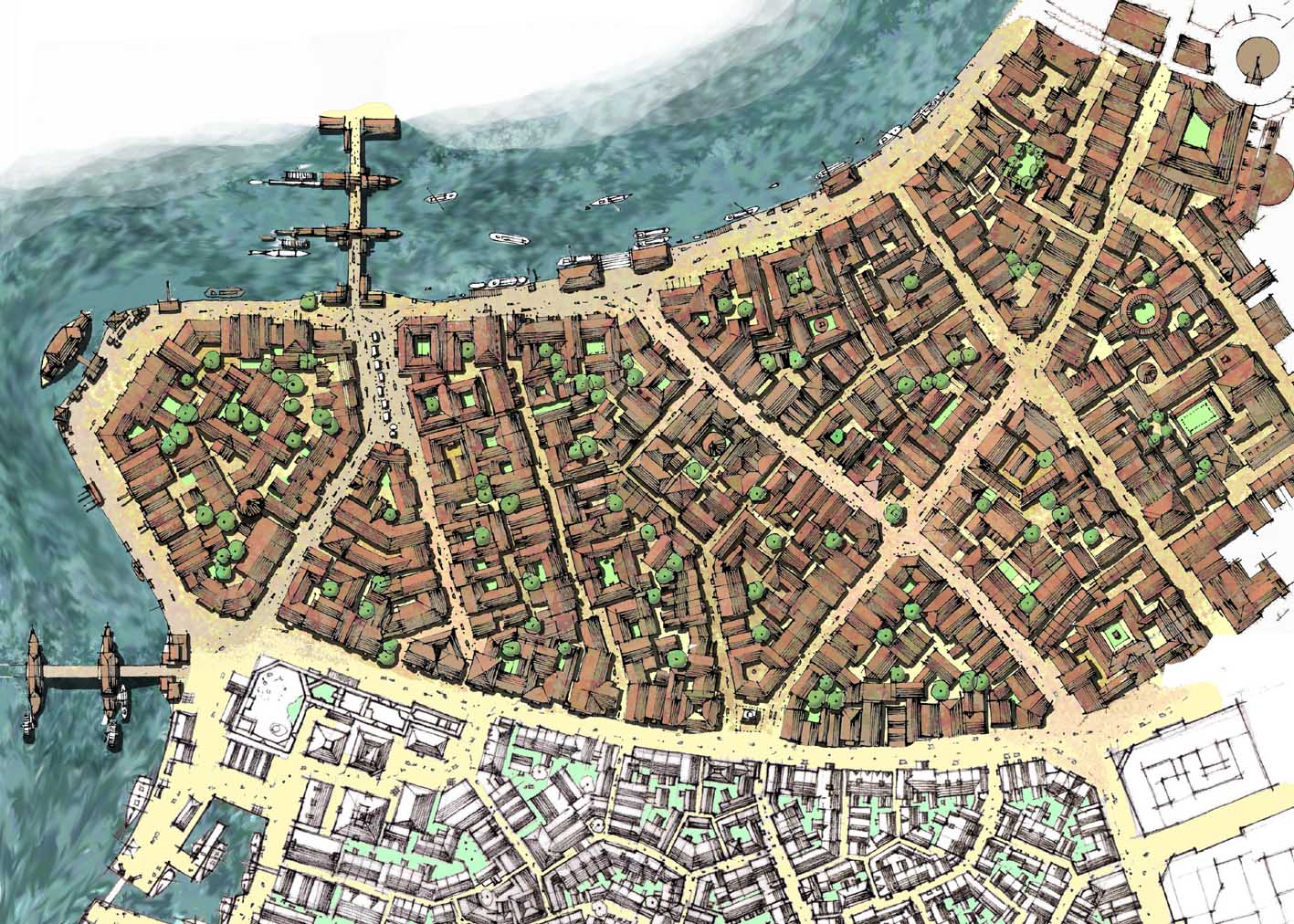 General Morphology: Ankh-Morpork is a city that has grown without the “benefit” of town-planning, resulting in a natural, serendipitous and organic layout with unrestricted density, forming a critical mass capable of giving birth to who knows what strange new elements.

City Blocks: City blocks in an organically grown city tend to be of such a size that the perimeter is formed by buildings, with sufficient space within them to accommodate open air land uses; vegetable garden, pig sty, trade storage, clothes drying, coach washing, academic musing. No-one builds roads all around a single building and garden, unless it is Buckingham Palace.

The River: The river is the easiest way to bring heavy or bulky materials into the centre of the city and a main traffic route within the city, Hubward-Rimward.

Bridges: With it’s position on the winding river the bridges are especially important, again, they are nodes/bottle necks/funnels in the flow of life around the city. 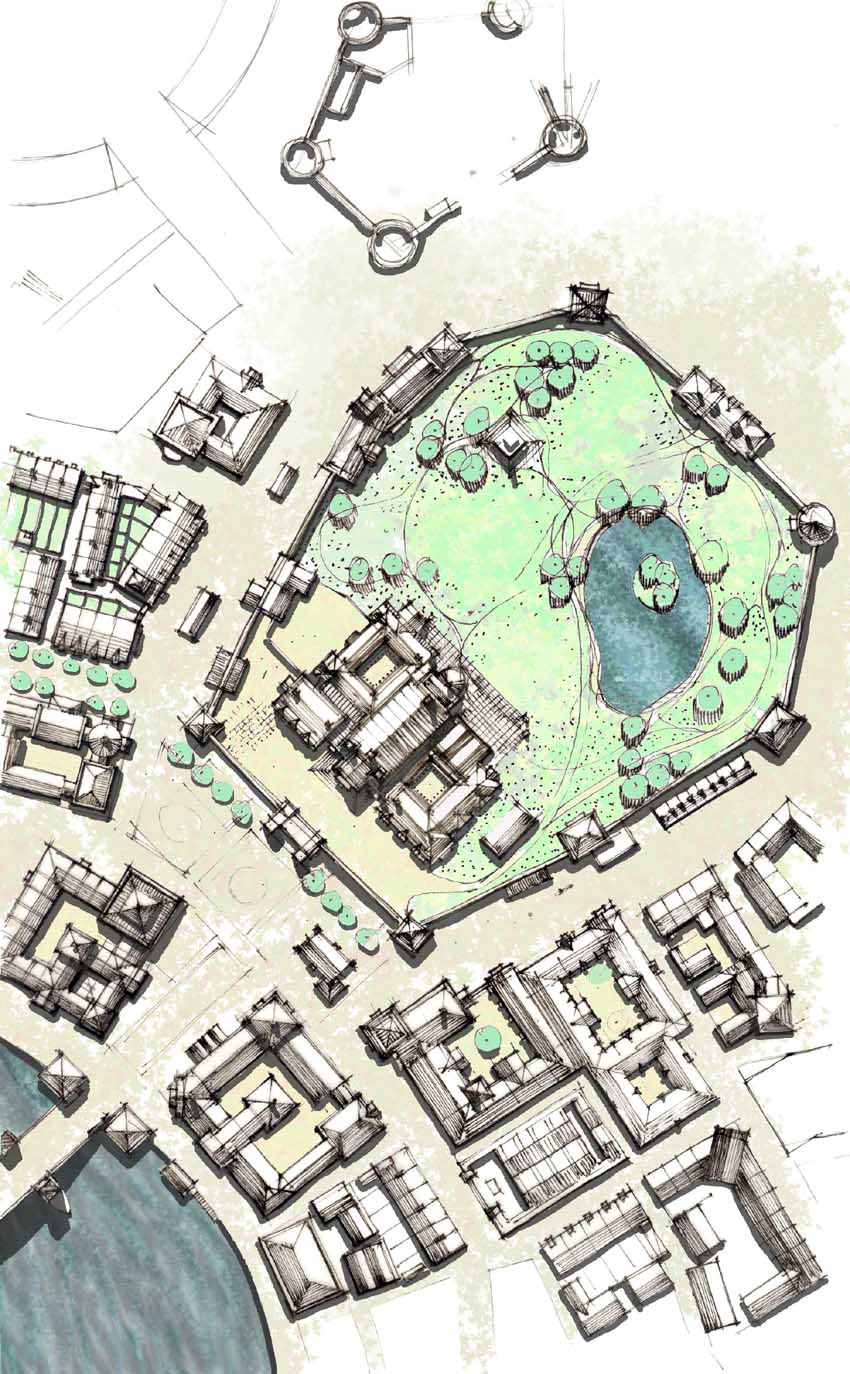 The Patrician’s Palace is the centre of temporal power in the city and a semi-enclosed world of it’s own, with it’s own gardens, kitchens, barracks, coach houses and forgotten corners, a miniature Gormenghast. The Square outside the main gates needs to be better defined with buildings opposite forming internal corners.
The mostly blank enclosing walls of the Palace gardens would be a temptation to anyone wanting a wall to build against; and given the Patrician’s laissez-faire attitudes, he might not have them pulled down, (drawing needs additional detail)

The Shades (north half) The closely spaced pathways of the Shades area are generally the mark of an area of intense (commercial and social) activity; with little private space, much of daily life happens on the street. The linear frontage onto public streets compared to the area (or volume) of building makes this an area in which there is no physical restriction on what you can try and sell to passers-by. To use a metaphor*, the available surface area for the chemical reaction is higher in a solution with more, smaller particles. Narrow, frequent streets are hard to find one’s way round, and harder indeed to police. * “Lies, damned lies and metaphors” 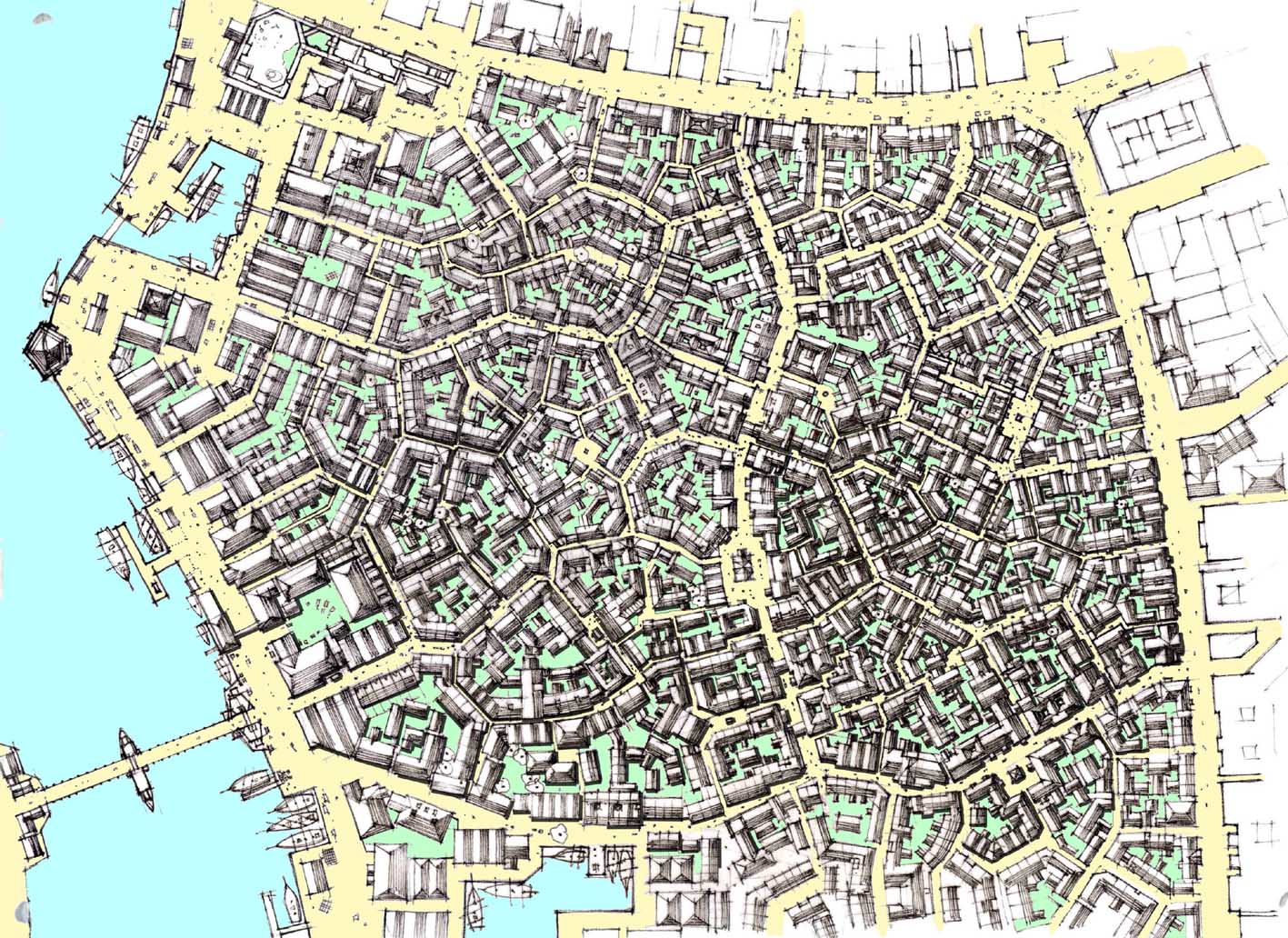 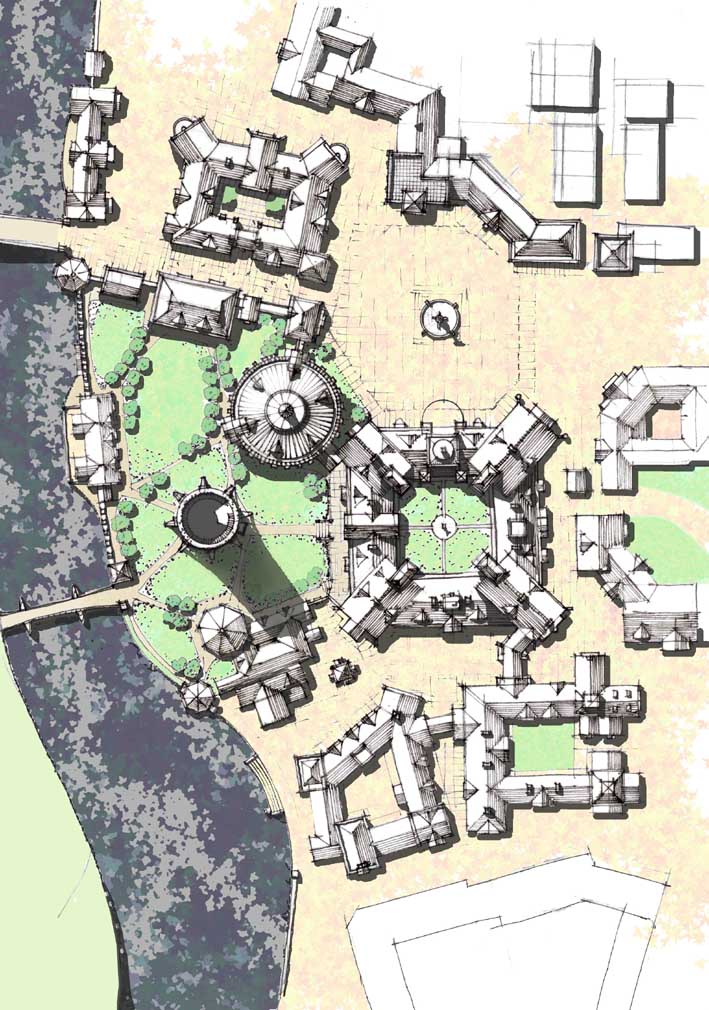 The University The University with the Tower of Art is the oldest part of the city. This drawing also probably needs an encrustation of smaller additional buildings and extensions that have been added over hundreds of years.